What are the traits of influential athletes? They don’t possess any Captain America powers, and they are certainly not aliens. Well, influential people in sports who we admire and cheer for set goals and sacrifice many things to achieve them. Below is the list of the top 10 athletes who changed the face of sports forever.

Roger Goodell captained the football, baseball, and basketball teams as a senior in high school. He was named the school’s athlete of the year, but injuries kept him from playing further.

But who says hard work doesn’t pay off? Soon after, he worked as an administrative intern in the public relations department and as an assistant to the president of the American Football Conference. Currently, he is the Commissioner of the NFL. He also brought positive changes in matters of racial injustice and encouraged girls to stand out in sports. 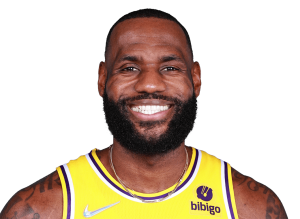 King James is a professional basketball player for the L.A. Lakers and NBA. He has been a high school dream for every basketball lover for years. Who doesn’t want to be so well-skilled and one of the world’s most influential athletes?

Let’s say he had his passions. Many achievements, such as being a four-time NBA Champion, prove it. Nowadays, he uses the power for the right purposes. To help children avoid the dangers of the streets, he opened a school for low-income kids in his hometown.

Even though he was a homeschooled child, his talent was apparent to everyone. He was the first to break the stereotype that homeschooling children later excelled only in competitions in mathematics, language, and similar subjects. He accepted an athletic scholarship offer to attend the University of Florida.

The ones who know about the sport are aware of the fact that Timothy Richard Tebow is a professional baseball player. He played three seasons in the NFL. Nowadays, he is a New York Times best-selling author. He also holds speeches as an international speaker. He is also an ESPN  sports broadcaster. His parents are missionaries, and the struggle for rights lies deep in his heart. He also owns a foundation to fight human trafficking. 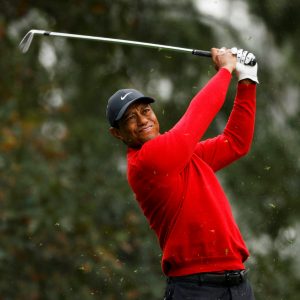 An American professional golfer, Eldrick Tont Woods, is a golf record holder and deserves a spot among the most influential athletes. The World Golf Hall of Fame elected him this year for a good reason. He first met with golf when he was two years old and won many achievements and awards later in life.

As for his career, he became a professional golf player at the age of 20. He was the first player to win the Masters, the U.S. Open, the British Open, and the PGA Championship consecutively.

A competitive swimmer, Michael Phelps holds the records for Olympic gold medals. That certainly is not his only achievement — he has won 28 medals in total. He followed in his father’s (also an athlete) footsteps, playing football in high school and during college. But who could have guessed such success?

He is also the leader of the Michael Phelps Foundation, which focuses on physical and mental health. Its idea is to inspire both ambitious swimmers and non-swimmers to indulge in living healthily and playing sports.

Yet another legend among athletes who followed in his father’s (a minor league basketball player) footsteps, Patrick James Riley played college basketball, but he is well-known for his coaching career. As a head coach of the Los Angeles Lakers, he has won five NBA championships.

Riley is also recognized as pop culture by publicity due to his slicked-back hairstyle and overall look. He has also published books about basketball successes meant to inspire others’ paths. 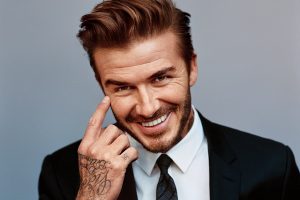 Beauty and sports often go together, especially in football. And what about intelligence? To enter the category of influential athletes, you must have strategy skills, and for that, you need intelligence. David Robert Joseph Beckham, the current president, co-owner of Inter Miami C.F., and co-owner of Salford City, gained international fame during his football career.

He started playing football when he was in school and played for many famous clubs, such as Real Madrid. He also played for AC Milan and he represented England in the 1996 World Cup. He was never solely a soccer player, but he was and remained an icon.

He inspired people around the world to realize there are ways to be happy and have a career, even after one chapter of your life comes to an end. Beckham has his own team now called Inter Miami.

Peyton Williams Manning played in the NFL for 18 seasons. He is one of the greatest quarterbacks and has played for great clubs, such as the Indianapolis Colts. Football found him early during high school. Although he retired in 2016, he’s making commercials and hosting online shows.

He has received a job offer to be a commentator on NFL, but it looks like he’s not into it. As far as is known today, he is working to become an executive. Until then, he is with ESPN. 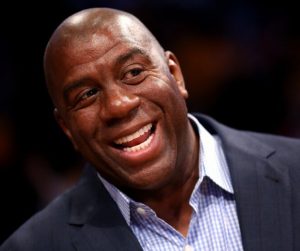 Earvin Johnson Jr, otherwise known as Magic Johnson, to whom work ethic was important as a child thanks to his parents, is a well-known basketball player. He was the best basketball player during his high school years. That’s when he got his nickname “Magic.” So, he decided to follow along with his love career.

After many successful years during his basketball career, he retired from the Los Angeles Lakers after testing positive for HIV. Nowadays, he is a prominent spokesman about AIDS.

David Joel Stern was an American lawyer and Commissioner of the NBA, and he had a big passion for basketball. He recruited more international players than anyone before and took them to training camps.

Unfortunately, he died at the age of 77. The cause of death was a brain hemorrhage.. His power was great. He was not afraid to change things, and thanks to him, the NBA came out of many crises, and today, it has become worth billions of dollars.

Stories of influential people in sports never end. With so many stars who care not only about the sport but also about its participation in the lives of diverse people, we should be happy. Let’s just hope there are as many of them shortly as possible. 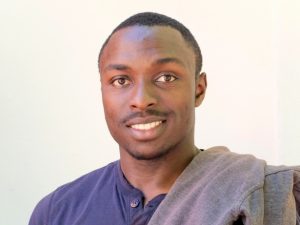 My name is Jerome and I’m thirty. I’m a lifestyle and sports enthusiast who loves drinking warm coffee and taking long walks with my three-year-old golden retriever. I’m not an expert analyst but I’ve been doing this professionally for more than five years. Please join me on my journey as I deep-dive into lifestyle and sports topics.